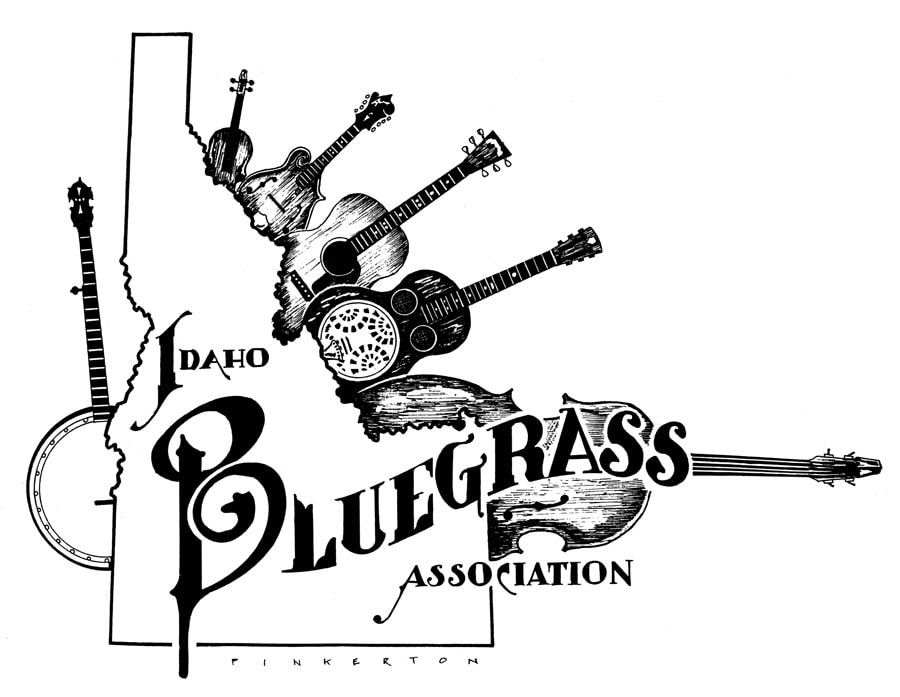 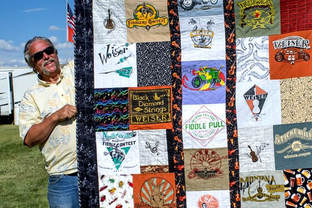 ​​Brad grew up on a ranch in western Colorado, worked as a cowboy from age 17 to 33, and absorbed the arts of sign painting and old-timey music from veteran practitioners.
“I’m the last one on the planet to do lettering by hand,” he once said of the technique he learned decades ago from “an old Wobbly sign painter.”
“There’s no reason to hand-paint a sign any more,” he admitted in an interview some 10 years ago. “You can point a cursor at a grid and make lettering to cover a semi-trailer truck, but fortunately people still want hand-painted signs.”
“I loved to watch him draw or write — his hand was so steady, so clean, in anything he wrote, even a grocery list,” said Westendorf.
Still, Brad’s most enduring enthusiasm was for music. He played guitar, mandolin and mandola (a larger mandolin), ukulele, stand-up bass and tenor guitar. He could also yodel.
“My biggest joy in life is playing music with my friends,” he once said. He regularly made the rounds of all the fiddle contests in the Northwest.
True to his iconoclastic nature, when Brad started the fiddle contest in Winthrop, he eliminated the rules that were common at other contests. His contest also welcomed musicians on just about any instrument, including those not traditionally heard in old-time music, such as the tuba.
“We started to show you could have a fun fiddle contest without all the pissy, uptight rules,” he said.
The fiddle contest was prized for another Pinkerton tradition — a giant insect contest, where kids were encouraged to bring in bugs in a wide range of categories, including the biggest and the creepiest.
“I wanted to help kids get over their squeamishness over handling bugs. There aren’t many who will bite you,” Brad said.
“Brad was a example of what it meant to be a full human being,”
​taken from an article in the Methow Valley News